Body Of Doctor Who Linked Vaccines To Autism, Found Floating In River, I highly doubt the gun shot was self inflicted, more like assisted suicide maybe. Anyone who disrupts the “big picture”, “the plan”, the whistle blower”, gets taken out!  But vaccines are not the topic in this blog…. read on…

Ultrasound has become routine during pregnancy over the last 3 decades. It is assumed to be safe, though safety was never investigated. Research is now finally being done, and the results are dismal, 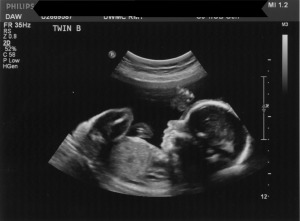 demonstrating clear and permanent brain damage, as shown in this study. Nearly all babies have been damaged to varying degrees, resulting in abnormal neurology becoming the norm.

That delightful ultrasound look at a fetus months before birth is a huge thrill—but that’s the only benefit. That thrill comes at a risk, one that it’s hard to imagine any parent would be willing to take if the facts were presented.

Ultrasound causes brain damage and can even kill the fetus. This is not a supposition. It’s been clearly documented, and exactly what it does to the developing brain is understood.

Dr. Jennifer Margulis points out in her brilliant new book, The Business of Baby:

Manuel Casanova M.D., a neurologist who holds an endowed chair at the University of Louisville in Kentucky, contends that Rakic’s mice research helps confirm a disturbing hypothesis that he and his colleagues have been testing for the last three years: that ultrasound exposure is an environmental factor directly contributing to the exponential rise in autism.[1]

Dr. Pasko Rakic is the lead researcher for the study documenting that ultrasound damages mouse brains.[2] It shows that the process of brain development is disturbed in mice. Though it’s easy to suggest that this is “only” a study on mice, so doesn’t prove anything about humans, that’s not true. The method of development in mouse brains is exactly the same in all mammals. Therefore, if ultrasound has an adverse effect on mouse brains, then it must also have the same effect on human brains.

If developing cells do not end up where they should, behavioral problems and epilepsy can arise from the misarrangement. It’s obvious that anything capable of causing such misarrangement can produce disabilities. Therefore, Dr. Rakic’s study is particularly disturbing.

A fetus’s neurons are formed in the area just above the cerebellum, sometimes called the “primitive brain”, and they progress toward the outer surface of the brain. During the process, they are moved outward, parallel to the brain’s surface. The study report goes into some detail about how this process happens, but for our purposes, there’s no need to address it.

How and when this process occurs is well understood, though the means by which cells move radially, away from the column in which they start, is not well understood. What is known, though, is that the process is very sensitive and can be affected by many biological, physical, and chemical agents. The authors state:

For example, repeated exposure of the rodent and primate fetal brain to environmental
agents, such as alcohol (9), drugs (22), neurotrophic viruses (23), and ionizing irradiation (24, 25), causes misplacement of neurons and behavioral deficits.

If you had to guess – what would you say is one of the worst things you could do to a developing fetus? Smoking cigarettes? Drinking alcohol? Heavy lifting? Falling down a flight of stairs? Sure – these are all dangerous things to do while pregnant, but another thing that you may not have considered that is actually dangerous to a developing child – ultrasounds!

What do ultrasounds do? Boiled down, they do little more than inform parents about their child’s development and rarely lead to any meaningful action. The only time an ultrasound is actually required is when safety of the child (or mother) is clearly in question and when the results of the test would require action.

Studies published in medical journals Lancet and the Canadian Medical Association Journal show that an ultrasound may affect fetal growth, resulting in babies with lower birth weight. In addition, children are twice as likely to have delayed speech development if they were examined via ultrasound as a fetus.

In 1995, a study done at the Massachusetts Institute of Technology showed that low-frequency ultrasound increases the permeability of human skin, allowing proteins to pass through more easily. Ultrasound definitely affects the body’s tissues, and especially more so to a developing and fragile fetus.

Furthermore, correlations have been shown between the number of abdominal X rays a mother had received in her lifetime and the birth of a baby with Down’s syndrome.

And speaking of X rays…medical and dental X rays are not safe!

There is no safe level of radiation, no matter what your physician may tell you. Radiation levels from medical and dental X rays can contribute to cancer.

Dr. John Gofman, one of the world’s leading authorities on radiation damage, presents a compelling argument in his book Radiation from Medical Procedures in the Pathogenesis of Cancer and Ischemic Heart Disease for reconsidering how we understand disease and death rates in our society. His years of research caused him to conclude that medical radiation was probably the single largest cause of cancer mortality in the twentieth century!

For example, Gofman found that in 1990, medical X rays were a causal factor in 83% of all breast cancer. In other words, chest X rays and mammograms are actually the leading cause of breast cancer! (For a safer alternative, look into thermography. Thermography measures temperature and appears to be a far more accurate way of detecting tumors as cancerous tumors are warmer than surrounding tissues.)

Modern medicine is responsible for about 90% of our exposure to radiation. And about 90% of that radiation is from diagnostic X rays. Could it be that by trying to diagnose a problem, we are actually creating a problem in that area of the body!?

X rays are performed with alarming frequency. Gofman estimates that more than half of all X rays are unnecessary. We worry a lot about nuclear radiation, but what about the smaller bursts of radiation we receive from X rays, cell phones, microwaves and the like?

Here is what I would suggest next time you go to your doctor for any reason:

Every test poses some type of risk. Remember that many medical tests are inaccurate. Always get a second opinion or testing done. In 1975, the Centers for Disease Control and Prevention surveyed medical testing labs nationally and concluded that more than 25% of all tests were wrong and in some tests, the error rate was above 50%. I don’t believe that a lot has changed since then.

Too often, we rely on the ‘experts’ to tell us what to do in regards to the health of our bodies. However, they do not know YOU better than you. It’s up to you to control the health of your body and to prevent disease. Rarely do most people realize that certain aspects of medicine might harm their health, or that better alternatives might exist. When the correct choices are made, more times than not, we do not get sick. But if you do, you must take action in correcting your health as opposed to blindly following someone else’s advice.

Says Dr. Robert Mendelsohn, “The greatest danger to your health is the doctor who practices Modern Medicine.”

Get informed. Do the research. Take control of your health!

Click here for 10 SIGNS YOU MAY HAVE A PARASITE

Watch this quick video and learn how simple it is to get rid of them!!! https://youtu.be/_YwESHflEyY

More products: www.OrganicSolutions1.com  =(IBO# 9630671) detox parasites with organic iaso tea, you’re gonna love it and you will find yourself talking about,… www.teamngd.com watch the 1st video and keep in mind as you watch, “Who do you know that wants to lose 5 lbs in 5 days? & “Who do you know that wants to get paid while losing weight and the more weight you lose the more money you will make? Because results sell!

Sample a nutrition class with The Institute for Integrative Nutrition

Disclaimer: This article is not intended to provide medical advice, diagnosis or treatment. Views expressed here do not necessarily reflect those of Natural Solutions or its staff.

Hello, I am an artist, health nut, nature nut, certified holistic nutritional counselor, mom and entrepreneur, to name a few! I have been self employed my entire adult life and owned a non toxic nail spa for 16 yrs, until my car accident. I would also sell my art and jewelry. I had to close my business when I died in the car accident. While I was in the hospital I signed up to study nutrition with The Institute for Integrative Nutrition online classes to heal myself. Copy and paste this link for a free sample class: http://geti.in/1EorT7Z . Doctors just kept putting me on meds and increasing the meds, I was afraid of becoming addicted to the meds they had me on, this is why I signed up to study nutrition, to heal my pain with food & herbs, not drugs. I died for 7 minutes, I was in a coma for three days & ICU for two weeks, had many broken bones and 3 emergency surgeries and I had to spend five months in a rehab facility and I still came home in a wheelchair. I had to live with my parents for 8 months. I had a colostomy bag from the accident and I had a reverse colostomy a year and a half after the accident. I did it with no narcotic pain meds, thanks to what I learned with IIN. I came home from the hospital after having my intestines sown back together and I did it with no narcotic pain meds, that amazes me, I had to repeat it. You can read my full story here https://kmancarella.com/2015/04/28/3yr-anniversary-of-my-death/ email me at kathrynmancarella@gmail.com to schedule your free health history As always I leave my links You may have parasites, it far more common than you would think, watch this quick video and learn how simple it is to get rid of them!!! https://youtu.be/_YwESHflEyY 10 SIGNS YOU MAY HAVE A PARASITE: https://kmancarella.com/2015/04/26/jacksonville-woman-finds-a-worm-in-her-mcdonalds-chicken-sandwich/ www.OrganicSolutions1.com = (IBO# 9630671) Check out all our products, we also sell organic weight-loss coffee and coffee infused with Reshi mushroom extract, our Emu oil is incredible, ect… Facebook page to look at pics of what the oil can do, www.facebook.com/OrganicSolutions1 Kill parasites with organic Iaso tea, your gonna love it and you will find yourself talking about,… no fee to become a member, when you order your tea, then next time get a check in the mail. www.facebook.com/organicsolutions1 = plz like me! Sample a nutrition class with The Institute for Integrative Nutrition: http://geti.in/1EorT7Z Become a Health Coach: http://geti.in/1EorT7Y